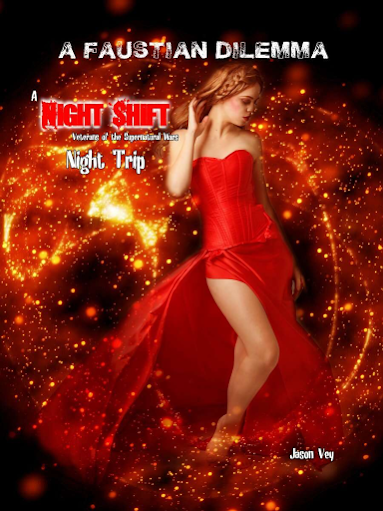 Welcome to the City...

The City is vast and sprawling, in many ways an archetype of every city in the world, from New York to Sydney to LA to Hong Kong, to Paris, London, Dubai, and beyond. It’s a city where the buildings tower so high into the sky and are so thick together that the sun doesn’t penetrate the streets and it’s always dark. Night is when the City comes to life, and few people here ever see the daylight anyway, because Night time is the right time in the City.

The City doesn’t seem to have a name. To those who live here, it’s simply “The City,” and it’s more than home. It’s heart. The City is a piece of those who live here, and those who live here are a piece of the City. It’s a City of contradictions—on one hand always dark and shadowy, with foreboding alleyways and oubliettes, on the other hand full of vibrant life where there’s always something going on. This is a City where shops don’t close at 9, but operate 24 hours a day, where people are sure they sleep, but can’t remember the last time they saw the sun.

When your group is called to investigate the disappearance of a young girl, the niece of an up-and-comping singer in The City, you know right away that this isn't the typical case. What you didn't expect was to be facing a Faustian deal, dark fey, demons betrayal, and a shadowy faction of supernaturals who could spell doom not just for the Seelie and Unseelie Courts, but for the entire world.

The next thing you know, you're in a race against time to save your client and her niece from the darkest of horrors, in a City where allies are enemies, enemies are allies, and you can't tell who to trust. You know The City was one of secrets, of twists an turns and upside-downs, but this might be more than you bargained for...

A Faustian Dilemma is the first Night Trip scenario for Night Shift: Veterans of the Supernatural Wars. It presents a fast-play adventure of investigation, combat, twists, and secrets, which can be played in a single night of gaming, or can be expanded to cover multiple sessions of play.

Also included is a brand new Night World: City of the Twilight Queen, a base setting that will serve as a common basis for adventures moving forward, but which can also easily be removed for those who wish to run in their own worlds.