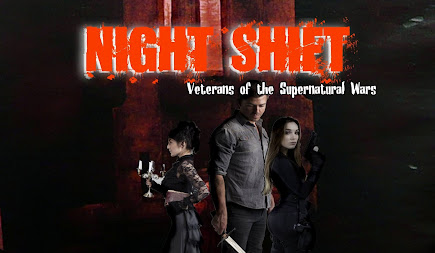 I couldn't be more excited about this partnership. It stands as the next big step in expanding our reach as a publishing company, and we look forward to getting our games into the hands of as many players as possible. Studio 2 is just the company to make that happen. Making this transition was a big step for Elf Lair and signing on with Studio 2 is a huge development for us. This represents a vital move towards what I hope will be a bright and exciting future for the company.

The partnership will greatly expand the reach of Elf Lair Games, allowing its presence in physical gaming stores and major online retailers. Elf Lair recently made the transition from a small PDF and print-on-demand company to a traditional offset publisher thanks to a successful Kickstarter in October 2019.

As most of you know, Night Shift: VSW is a tabletop role playing game using mechanics that will be familiar to players of the classic editions of the World's Most Famous tabletop RPG, and published under the Open Game License. It takes an unique approach, however, in the way it codifies these rules, and is the first game of its sort to allow playing any kind of horror, urban fantasy or dark modern game. Fans of urban fantasy literature, television and movies have celebrated the game's approach and aesthetics.

The game uses the familiar ability scores of Strength, Dexterity, Constitution, Intelligence, Wisdom, and Charisma, class-and-level character creation and fast, intuitive mechanics that involve ability checks based on a 20-sided die, percentile-based class abilities and a "rule of 2" mechanic that involves rolling a die and looking for a result of 1 or 2. The game is built to be fast-playing with an easy and fast-play rules system that allows for interpretation and application to a wide range of genres and situations.

Elf Lair Games is based in Pittsburgh, PA, and bills itself as "The new class of old school." The company was first founded in 2008 as a startup publisher of "nostalgia" and "retroclone" games. Since then it has expanded to become a traditional publishing company, combining an old school aesthetic with modern design sensibilities. They can be found online at https://www.elfair.com/ or on Facebook at https://www.facebook.com/groups/elflairgames/

Studio 2 Publishing provides fulfillment, marketing, sales and distribution services for other companies as well as serving as a traditional publisher in their own right. Their contacts and experience allow them to produce and distribute a wide range of profits, maximizing sales potential for clients in every aspect, from warehousing to shipping, logistics to invoicing and much more. They can be found online at https://studio2publishing.com/