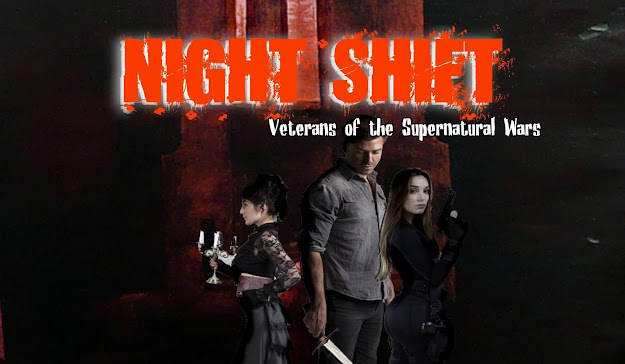 This is one of the most common questions game designers get in the modern era of game design. Everyone's looking for the latest, new and unusual thing, and that's understandable. So what do I answer when people ask me what's so innovative or new about Night Shift: VSW?

That's right; there's nothing in the mechanics or system that's particularly new or innovative in Night Shift: VSW.

Now, before you throw up your hands and say, "Why bother, then?" Let me elaborate.

There's No Such Thing as Innovative Mechanics

The simple truth of the matter is, the vast majority of designers who use "innovative" as a claim to fame for their game are at least one of two things, and very often both:

1. Trying to be different for no other reason than to say they're being different, often at the expense of playability.

Most so-called innovative mechanics are smoke and mirrors at best. The truth is very simple: dice exist in a game for one reason and one reason only: to generate a random result. The idea that they are needed to drive a story or have some otherwise vital place of import in your rules system is to both undermine the point of your game and to put the rules ahead of the role playing.

I'm not denigrating people who enjoy mechanically complex games, here, or who enjoy fiddly rules sets where the dice, once rolled, stay on the table to form a major part of the story. If that sort of rules-focused game is your bag of dice (see what I did there?) go for it! Great! But first of all, it's not my thing, and second (and more importantly) its not new or innovative.

I'll say it again: Dice generate random results, and over the years in gaming we've seen everything from completely dice-free games to games where you have to roll on a table to make sure you strike your mouth with a fork when you eat. We've seen card-based mechanics, games whose dice have pictures instead of pips, games where the entire story is driven by consulting charts where the dice provide actions and events, and more.

I'm not arrogant enough to claim that it's impossible to create an innovative rules system, but I will make the claim that it's 99.9% unlikely that such a thing will happen. I'll also say that it's completely unnecessary, again, except to be different just for the sake of being different.

So how does this tie into Night Shift: VSW?

There's Nothing Wrong with Familiar

Night Shift; VSW uses mechanics that are inherently familiar to the vast majority of players. If you have ever picked up an OGL game, you'll recognize the six ability scores immediately: Strength, Dexterity, Constitution, Intelligence, Wisdom, Charisma. When you see those ability scores, you know immediately what you're dealing with. You're not going to have to spend weeks poring through the tome trying to pick out every fiddly detail in the rules so you can understand how it works. You can, almost literally, just dive in, make a character, and start playing.
The underlying mechanics of NSVSW are also going to be familiar--percentage rolls, d20 rolls against a target number, and a quick random decision making mechanic have all appeared in games before. We add a Fate Point mechanic into the picture, but that's also a common sight these days whether it's called story points, plot points, hero points, what have you--it's a way to add some player agency into the game without removing the authority of the GM from the picture (something else I can't stand in modern games, but that's another blog).
Why choose familiar instead of innovative? It's simple: Familiar is comfortable and even more importantly, familiar works. These mechanics are tried and true. They've been used for forty-plus years in the RPG industry, and they're immediately familiar. They're so familiar, in fact, that you don't even need to think about them. You can simply roll the dice you need to roll, and go. There's absolutely nothing wrong with familiar. 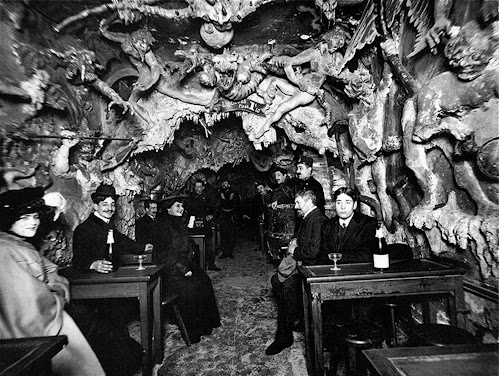 So Is This Just Another One of Those OSR Games?

I don't like to think of us as an OSR company, but only for one reason: it puts us in a box that we don't want to inhabit. Will gamers in the OSR enjoy NSVSW? Yes, absolutely, they will. Hell, I enjoy OSR games myself. But this game also puts some very modern design sensibilities behind it--ability scores matter more than they do in your typical OSR games. There's player agency mechanics. Yes, it uses classes and levels, because quite simply they work. Again, there's nothing wrong with tried, tested, and true.
In some ways, yes, NSVSW does revel in a degree of old-school-ness. I've had compliments that the graphic design resembles a certain vampire-centric game from the 90s, which has been an (admittedly unintended) selling point. It's black and white, it's gritty, but it's easy to read with a pretty basic layout. The art also has that 90s punk/splatterpunk aesthetic to it.
So if you like the OSR and you want to consider NSVSW an OSR game? Go for it. We don't market ourselves that way, but we also don't disparage the movement, because we like it. We think that our game has a more universal appeal, however, with modern sensibilities in writing, presentation, and approach.

If It's Not Innovative, What Does It Bring to the Table?

What we do in this game, however, is put the mechanics together in a way that hasn't really been done before. I guess that makes this an innovation in some way, but I don't think of it as such, because really what we've done is codify what's always been there in a way that it hasn't been codified before. In that sense, NSVSW and the O.G.R.E.S. system can be used as something of a Rosetta Stone for those bits of old school gaming you may have found confusing before.
In the end, I guess, I'd say that's what marks most games as truly innovative. It's not the rules system; it's the way they put things together that we haven't seen before. In that way, NSVSW does bring something new and unseen.
There hasn't yet been a game that uses these mechanics to present this kind of game; that is, horror and modern urban fantasy. We believe we've built a system with these three core mechanics that allows for play in not just this genre, but a variety of genres which you'll see brought to the table in the future. It's so intuitive and fast-playing that you'll be able to model just about any game you like with it, without a huge learning curve, and you'll be able to dive in and start playing in a flash.
The system fades into the background and allows you to focus on story and character. It also uses a somewhat forgotten idea in gaming these days: that you and the way you play make your character, not the numbers on the page. 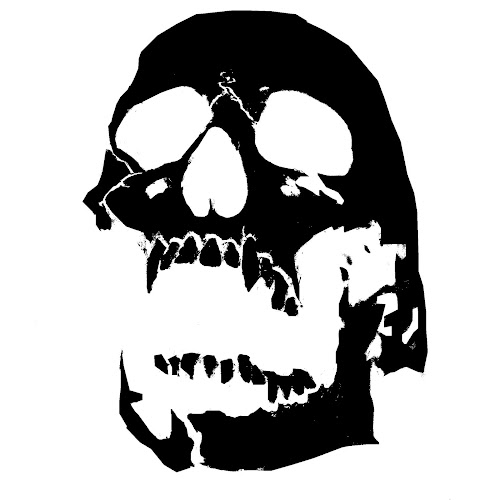 What Sets It Apart?

So what sets the game apart? First, NSVSW brings more of a toolkit approach to the table than other class-and-level systems using familiar mechanics do: you can choose from a wide variety of options to create three levels of play: gritty and deadly, normal and what we term "realistic" (just for lack of a better word), or over-the-top cinematic. You needn't have all or nothing in any of these three areas, either. Some elements of your game can be gritty while others are cinematic, depending on the tropes of the world you build.
Second, we have adopted something of a "looking back to move forward" approach. Our spell casting system, for example, looks all the way back to the original medieval miniatures fantasy supplement from which our hobby partially grew, and adapts that skill-based casting system to the percentile roll mechanic we use for our class abilities. It's an unusual approach to spellcasting, but by no means new, save perhaps in the way it interacts with the rest of our mechanics.
Finally, what really sets NSVSW apart from other games is that nobody, to our knowledge, has done this level of a big and complete RPG using tried and true mechanics with a toolkit approach, and applied it to the horror and urban fantasy landscape. We're proud of the game and we hope others will take a look as well. You can find it at our website, and even get a link to download a quick start rules/preview set for free so you can check it out before buying.
Posted by The Grey Elf at 2:17 PM