Posted by The Grey Elf on October 16, 2011
It's been awhile since I made any kind of significant post here, but rest assured I have not been idle. The saga of print production continues, but there's good and bad news on that front. 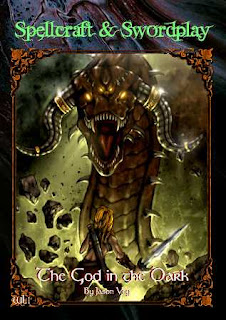 Well, there you have it. I guess that's about all that's going on in the Elf Lair Games front. Game on!

Monster Hunters of the Church: New Orders for Your Night Shift: VSW Game

These are just some ideas I've played around with in my home game. I had originally planned for them to go into the Night Companion, but frankly, that book ran long as it sits and we just didn't have the space. So I decided to throw out the sketchy notes I've got for people to use in their home games as they like. As such, here are a few new Night Clubs for your Night Shift: VSW games.  The Order of the Dragon The clandestine Order of the Dragon is the same order to which Vlad II Dracul , father of the infamous Vlad III "the Impaler" Dracula belonged. Originally, the Order was a chivalric order founded in 1408 and comprised of selected nobles dedicated to defending the cross and battling the enemies of Christianity—in particular the Ottoman Empire. Later, the Order was repurposed into a dedicated secret society promised to hunt down and destroy the minions of Satan, and vampires in particular.   The Original Order   During the first half of the 15 th century th