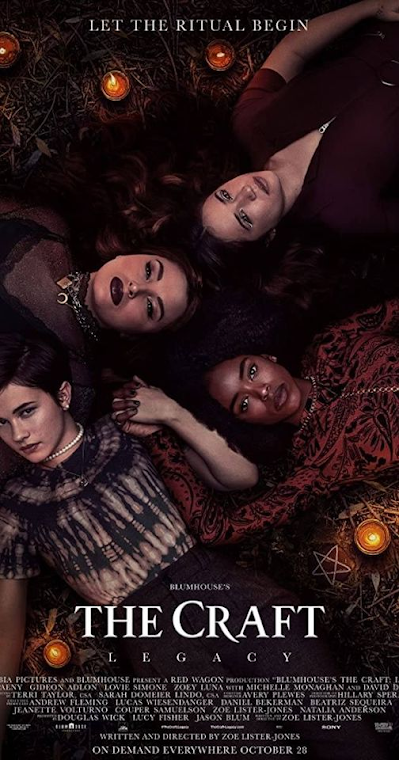 The wife and I watched The Craft: Legacy last night. We really enjoyed it! It's much more a modern fantasy than a horror film, so be prepared going in. It pays direct homage and reference to the original in several ways (one or two very major), but after setting itself up as a straight rehash, takes a sudden left turn and really does its own thing. We appreciated that.  There is, as you would expect, a strong female empowerment note in the movie and it's done well, if more than a little in your face in its delivery. Still, the characters are likeable, the story fun, and it's an excellent soft reboot / continuation of the franchise 20 years later. There's also a fun surprise at the end.

One of the girls with her netspeak and hyperactivity is a bit over the top, as is the spectacle of the witchcraft powers, but it works in context. The cast is stellar overall and the story engaging (even if I did figure out all of the plot twists far in advance). They leave it open for more, and leave open the possibility to see some of the original cast in the next one, so I'll be interested to see if that happens. Overall, another slam dunk for Blumhouse.

What was most fun for me was it was like watching a Night Shift: Veterans of the Supernatural Wars game play out on screen, so go get a copy of the game and play it!